The COVID-19 pandemic is challenging the entire world both in treating the virus itself and in dealing with the immediate effects of the virus on work and society. With people largely unable to engage in their normal day-to-day activities, many have had to find new ways of keeping fit, socialising and working during the pandemic. This has changed patterns of behaviour and led to innovations in the way that people are being tracked, communicated with and kept safe. This is particularly notable in the high-tech countries of Asia, such as Singapore, Japan and South Korea. These countries have stood out as developing particularly innovative technologies that help them deal with the effects of the pandemic in a novel way. This article will highlight some examples of technologies that have been created or repurposed towards pandemic relief measures.

Singapore has done remarkably well in responding to the effects of the pandemic. Despite the population density of this small city-state, they have managed to keep the infection rate fairly low compared to other similarly sized cities. One of the most important measures in keeping infection rates low has been physical distancing, in which people from different households are instructed to keep a certain minimum distance apart. The implementation of this message has had limited effectiveness in practice as people often forget or ignore the rules.

For helping to reinforce distancing, Singapore has turned to Spot by Boston Dynamics. This robot is a quadrupedal all-terrain autonomous platform that can fulfil a range of different tasks through payload customisation and programming. It uses visual and auditory sensors to navigate its environment, detect points of interest and build up a map of its environment. In Singapore it has been deployed in public parks to measure how many people are using them and to broadcast the distancing message, reminding people to stay apart.

This novel application for a robot shows how countries can adapt technologies aimed at different applications to new uses previously entirely unknown. Such innovations will likely feature in the workplace of the future. Robots like Spot can be used to deliver information and physical items to employees as well as potentially perform a whole range of difficult and dangerous tasks that humans should be avoiding.

South Korea is one country that has strong experience of previous epidemics, notably the 2015 MERS outbreak. It is a country that is normally a world leader in technological development as well as a producer of many of the world’s most advanced pieces of technology. They are also one of the countries leading the way in using smartphone applications to trace transmission vectors, identifying those who have tested positive for the coronavirus and alerting those they come into contact with.

It is not just the country’s government who have been working on this, but also private individuals who have accentuated the efforts of the government. Through their combined efforts, they have created several different applications, including one that plots locations of those testing positive. The most effective (and popular) one however has been an application that uses Bluetooth connection to tell users if they have been within a 100m of someone who has been registered as testing positive. This application also shows where users have visited, identifying potential hotspots for transmission. By using publicly available government information, this application leverages both government statistics and individual ingenuity to create something better than either could make on their own.

When we eventually return to the workplace, it is likely that many of these tracing measures will remain in place, but with expanded capability to provide additional workplace functions. For example, the same application you use to book a desk could direct you to a desk not used that day and help you move around the office avoiding people who may be a transmission risk.

China is another country with significant past experience of dealing with viral epidemics, such as SARS and MERS. It also has a strong technology base already in place (particularly around tracking people) which has been applied to contain the virus. Hong Kong is quite possibly at the apex of China’s technological prowess and has begun trialling robots for disinfection purposes.

To help deal with this latest outbreak, Hong Kong airport has been trialling robotic cleaners to help disinfect areas of the airport that get the most human contact. The Intelligent Sterilization Robot uses UV light and air sterilisation to clean areas in around 10 minutes (for a medium sized room). It is expected to provide 24/7 disinfection in the future.

Cleanliness and disinfection will be high on everyone’s list of priorities when we return to offices, so such robots will probably become widespread, operating in workplaces as well as airports. There will likely be variations on the design, as this example is wheel-based for the largely flat, hard-floored airport environment. This type of device is likely to feature heavily in future workplaces though.

There have been many innovative uses of technology highlighted by the COVID-19 pandemic. A lot of these have come from Eastern Asia, precipitated by the strong technology and industrial bases of these countries. While some of these are likely to ultimately prove ineffective or ill-suited to their given tasks, it is possible that other uses may be found for them in the workplace of the future. It is always better to be innovating and thinking of new applications for technologies even if they do not develop as expected or other problems get in the way. These examples all show innovative thinking and may be seen to some extent and in some form in the future workplace. 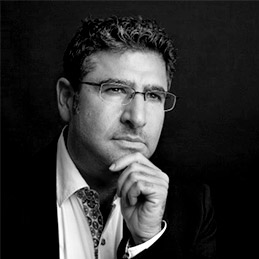 How COVID-19 will change the world: Part One: Technology

How COVID-19 will change the world: Part Two: Work

How COVID-19 will change the world: Part Three: Workplace