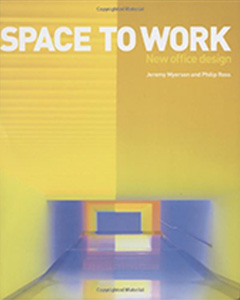 This is the first comprehensive analysis of emerging office design practice to support and enhance the performance of knowledge workers. It explains how the office is being reinvented to respond to the imperatives of knowledge work, as well as the changing social imperatives and technology of the new millennium. A wide range of international workplace architecture and interior schemes that are leading the way in this important area is showcased. The book sets its 43 international case studies within a unique conceptual matrix that provides a framework for thinking about new strategies for reinventing office space. It identifies four `realms’ for knowledge work – the learning campus (ACADEMY); the professional cluster (GUILD); the public workplace (AGORA) and the live-work setting (LODGE). The authors argue that only by finding an entirely new equilibrium at work between the opposing forces of family, colleagues, customers and professional peers can knowledge workers in the 21st century achieve the same productivity gains as manual labour in the 20th century. 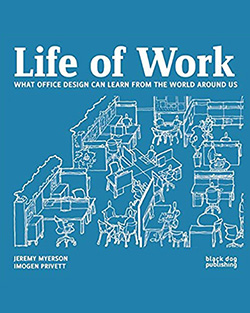 Life of Work: What Office Design can Learn from the World Around Us

This book sets out a template for the future of the workplace by adopting a series of novel perspectives on how office design can learn from other environments in the world around us. Based on a five-year research project between the Helen Hamlyn Centre for Design at the Royal College of Art and Haworth, it takes lessons from the knowledge interactions of the academic library, the emotional landscapes of stage design, flexible temporary events in the city and intensive team environments in air traffic control and emergency medical departments. The book views working life as a combination of process and experience – what we do, and how we feel. By exploring analogous environments, it builds up a whole new picture of the workplace encompassing not only physical settings but also people’s psychological experiences within those spaces. Life of Work offers a framework to escape from the tradition of mechanistic workplaces that are programmed for maximum efficiency without taking into account the human need for comfort and connection. 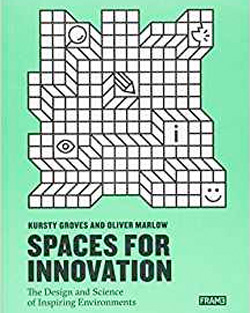 Spaces for Innovation: The Design and Science of Inspiring Environments 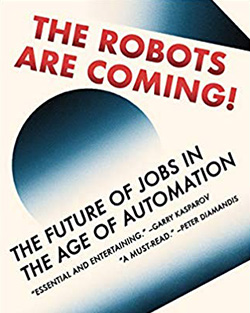 The Robots are Coming! The Future of Jobs in the Age of Automation

The Robots Are Coming! centers around the issue of jobs and their future in the context of rapid automation and the growth of online products and services. As two of Oppenheimer’s interviewees — both experts in technology and economics from Oxford University — indicate, forty-seven percent of existing jobs are at risk of becoming automated or rendered obsolete by other technological changes in the next twenty years. Oppenheimer examines current changes in several fields, including the food business, legal work, banking, and medicine, speaking with experts in the field, and citing articles and literature on automation in various areas of the workforce. He contrasts the perspectives of “techno-optimists” with those of “techno-negativists” and generally attempts to find a middle ground between an alarmist vision of the future, and one that is too uncritical. A self-described “cautious optimist”, Oppenheimer believes that technology will not create massive unemployment, but rather will drastically change what work looks like.