Teamwork and collaboration are often rightly cited as key indicators of business performance in today’s knowledge work companies. The more we work together the more we can share ideas, learn and become greater than the sum of our parts. However, in the constant quest for ever closer collaboration there is a chance that we are selecting people who will push the organisation towards another problematic extreme: excess conformity.

Research on conformity has a long and interesting history. Driven in part by a desire to understand how seemingly normal people could commit atrocities during World War 2, many psychologists became interested in group dynamics and how people could be influenced to behave a certain way during the 1950s and onwards. This research took many forms and is an ongoing process, but some reliable findings have already shed light on the basics of conformity and issues it can cause.

In ground-breaking research in the 1950s, Solomon Asch set up an experiment in which participants in a group were asked to judge which of several lines was closest in length to a reference line. The correct line was unambiguous. Unbeknownst to the participant, the others in the group were confederates of the researcher with instructions to say that they thought the line closest in length to the reference line was one of the incorrect choices.

Asch found that most participants conformed to the incorrect majority on more than half of the trials, indicating a high level of conformity despite the group view not matching their own observation. There was also a significant minority who stuck to their own (correct) view on almost all trials. This research was taken as early evidence that the majority can influence the minority towards their viewpoint even when the minority disagrees, and the majority is clearly wrong.

This line of research was taken further by Milgram in the 1970s who thought the line task was too inconsequential to really measure conformity in a useful way. In this experiment, researchers had participants administer a fake electric shock to a research confederate in another room. The setup was designed to convince them that they were really shocking someone at dangerous levels, which they were of course not. The researchers were themselves shocked to discover that most participants needed little prompting or pressure to conform to the researcher’s expectations that they would continue shocking people.

These experiments show how easy it can be to generate conformity and cohesiveness within people and many companies strive for this. But it can come at a cost. One of those costs is the phenomenon known as groupthink. Groupthink occurs when people prioritise unanimous agreement over expressing views which may dissent from the majority of the group, and it is easy to see how this follows on from conformity research. Groupthink has already been linked to a series of well-studied disasters such as the 1996 Mount Everest disaster, Challenger disaster and the disastrous Bay of Pigs invasion attempt.

Large disasters are often the subject of intense scrutiny afterwards which highlights the steps in the decision-making process and where things may have gone wrong. Most decisions and companies do not have this kind of practice in place though, so it begs the question: is our quest for cohesiveness compromising our decision making?

Fortunately there are steps that organisations can take. On a small scale, promoting and even encouraging constructive dissent can ensure that ideas are rigorous enough to pass to a next stage of testing. Methods to encourage this might include a specific “devil’s advocate” in meetings to try to “break” ideas in whatever way they can to highlight weak points. Companies can also collect and analyse key data on collaboration and decisions to uncover where useful dissent may be going unheard. Decision makers should always be aware of this hidden pitfall of collaboration and conscious of the fact that it is possible to have too much of a good thing in this case. 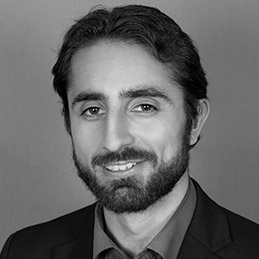