The world of work is constantly changing. A decade ago, only freelancers were working from home, nowadays probably everyone you know, and their parents have some sort of experience with remote work. Of course, it was accelerated by the pandemic, but nonetheless, it’s here and it isn’t going anywhere anytime soon. One other similar change, that is also in the news, is the idea of a 4-day workweek. Yes, you’ve read that correctly – bank holiday every week. One of its biggest proponents is Sir. Richard Branson. So, is it really the future?

According to Justine Jordan, an executive for Wildbit, this idea really isn’t new and can be traced back to one of the most well-known car makers in history – Henry Ford. In 1926, he introduced the 40-hour workweek. Before that, people used to work up to 100 hours a week. So, the 4-day workweek is just an extension of that. According to Justine, it’s all about prioritising the tasks and focusing on the most important matters. Another proponent, who has skin in the game is Andrew Barnes. He is the founder of Perpetual Guardian which has also implemented the 4-day work week and is satisfied with the results. To Andrew, it is all about working smarter, not longer. According to him, if people are well-rested, they will be able to perform better and do their work in less time. And if you change up the schedule, people’s habits will change in order to finish projects on time.

Besides increasing productivity, a 4-day workweek can also improve the overall health of the workforce. More free time for employees means more sleep, more quality time with friends and family, and more time to take care of one’s health. There aren’t that many studies done about the health benefits of a 4-day workweek because it still hasn’t been wildly adopted but it’s logical to assume that it would also improve the mental health of the public – ‘More than seven in ten Britons (71%) think that the nation would be happier as a result of having an extra day off ‘2 However, at the end of the day – more free time doesn’t necessarily mean more healthier decisions, it can even mean the opposite, so it would depend on the people how they decide to use their 3-day weekends.

4-day work week is also being considered on a bigger stage too. The government of Spain is paying companies to test out the new model, and there is legislation introduced in California which would consider the 5th workday as overtime. Even though there are no guarantees that the law will pass in California, or Spain will stick with its experiment, this idea is certainly not going anywhere anytime soon. 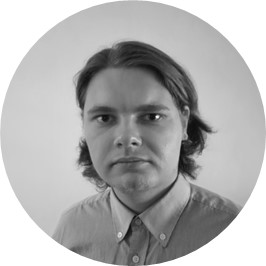