Modern day Facilities Management is a lot more complicated than it was; digital twins can help organisations to make better strategic decisions by creating a dynamic virtual representations of a physical asset.

Workplace Digital Twin: More Accessible Than You Thought?
Find out how your organisation can start making better strategic decisions by creating a virtual replica of your workplace.

Modern day Facility Management is a whole lot more complicated than it once was. Where the FM of yesteryear meant delivering a competent and timely schedule of soft-services (catering, cleaning etc.) and an efficient management of hard (HVAC, lighting, fire safety etc.), growing expectations on occupant comfort, the increased social/regulatory pressure to operate as better ‘global citizens,’ and myriad technological disruptions have vastly expanded the remit of the role. Today, FM requires the management of everything from workplace change to waste control, or air quality to crisis response; all the while maintaining a level of technological sophistication and mitigating the omnipresent threat of cyberattack.

If only there was an all-encompassing solution that consolidated all these services into a single, operable model that ran off personalised and accurate real-time data? Enter the Digital Twin.

What exactly is a ‘Digital Twin’?
Powered by an interconnected network of sensors (the Internet of Things) and programmed leveraging human expertise, digital twins are dynamic virtual representations of the elements and dynamics of a physical asset. They are created using an amalgamation of artificial intelligence and machine learning and depicted as an exact digital replica of the physical counterpart. They provide a clear real-time overview of how each component of a building is operating, whether it requires maintenance and how it’s likely to respond to different stressors.

It is perhaps easiest to think of the technology as a way of running infinite ‘test-drives’ (or simulations) on buildings, without ever actually having to physically do them. The difference being unlike physical simulations, you can jump backwards and forwards to any moment in the lifecycle of the asset, engineer various tweaks to see how the replica reacts and then run the simulation multiple times to gauge the probabilities of each outcome.

At this point in time it is worth noting that digital twins are not an entirely new technology; in fact, in differing forms and across various industries, they have existed for nearly 20 years. The term was first coined in 2002 by Florida Institute of Technology professor Dr Michael Grieves to describe a ‘digital informational construct of a physical system, that could be created as an entity of its own.’ Since its inception, the technology has been used by the likes of McLaren and Maserati to monitor the condition of their Formula One cars. The US army have used advanced CT scanning to create personalised 3D blueprints of soldiers at risk of major injury, and in the UK, they are even building a digital twin of the entire city of Newcastle, to better model the effects of population change and improve protection against flooding.

According to smart building experts ThoughtWire, ‘digital twin technology remains the single most powerful means of unleashing the potential of real commercial assets through its ability to unlock data on hidden occupant behaviour and building performance in real-time’, and it’s not hard to see why. At the most basic level, a digital replica of the workplace is an interactive map, detailing the conditions in each room, tracking occupancy levels and providing clear and accessible wayfinding and room booking for staff.

But as the sensory capture increases and the digital twin gathers more and more data on the disparate systems that make up the building, it moves beyond a simple workplace facilitator. Through reinforced learning and advanced analytics, the autodidactic model begins to analyse patterns in the information it receives; it learns from the simulations that it runs and through its ability to spot anomalies it becomes a predictive tool for disturbance detection and general performance.

The digital twin can identify system faults, building overcrowding or wasted energy before they occur in physical space. Scenarios such as power cuts, fires, terror threats and natural disaster can be mimicked, allowing facility managers to not only prevent the minor disturbances before they occur but also plan for potential major incidents, maximising the safety of tenants.
So how do they work?

For the everyday businesses hoping to reap these rich rewards, the most pertinent questions are centred around the technologies’ prominent reliance on the business world’s most valuable currency: data.

Most organisations are not as fortunate as the likes of Deloitte (who have some 23,000 sensors at their disposal in their flagship Amsterdam Smart Building, The Edge) and in the absence of a comprehensive IoT-enabled smart building solution it is important to identify which data streams are going to provide the most insight and drive the biggest value in the smallest amount of time.

Simple occupancy sensors throughout the workplace can be sufficient in providing a basic workplace digital twin, capable of monitoring space usage and environmental conditions such as temperature, noise level and ventilation, allowing for a superior tenant experience.
Enhanced employee satisfaction often translates into increased productivity and wellness, but to warrant the adoption of progressive technologies such as the digital twin, facility management will likely need to see the tangible cost efficiencies usually associated with reduced energy consumption and minimal downtime; so how can the 70% of US commercial buildings currently operating a pneumatic HVAC system ever hope to cash-in?

Pneumatic systems run off compressed air, they waste vast amounts of energy due to their inexistent auto-demand control and they provide no data capture whatsoever – occupants must instead act as sensors, reporting damage and faults retrospectively.

Conventional wisdom tells us shifting from a pneumatic system to direct digital control (DDC) is no mean feat. Standard retrofit costs roughly $2,000-$3,000 per thermostat zone and requires the entire system to be ripped out through the walls and ceiling, a hugely disruptive procedure that can take years to complete in occupied buildings. Fortunately, recent industry innovation has rendered the standard upgrade somewhat redundant. The superseding technology, a wireless thermostat that is simply installed in place of the existing pneumatic one, acts as a simple plug-and-play solution that operates off the incumbent system.

To see just how valuable the non-invasive upgrade is, it is worth noting a recent success story from a 65-storey commercial building in Chicago, operating a pneumatic system of control. The development was fully occupied, and the FM team had therefore outlined a 10-12 year plan to complete the standard retrofit as and when tenants moved out.

Instead, they partnered with US provider Cypress Environsystems and within 6 weeks they were operating a digital system on their existing infrastructure. In utilising digital twin technology, the building achieved a 33% reduction of energy use in the first year; the case study became particularly prominent as it led to the single largest rebate local energy provider ComEd has ever paid out to a commercial building, totalling a cool $440,000.

A step in the right direction
The digital twin is set to revolutionise the world of commercial real estate and a new era of smart-FM will bring about previously unprecedented levels of resource optimisation and flexibility in service. Businesses will benefit from an increasingly personalised tenant experience, their processes will be streamlined, and the productivity gains will be felt from top to bottom.

But smaller players should be reassured that these benefits need not be monopolised by the industry elites with the financial muscle to station themselves in the world’s most intelligent buildings. Success in digital twin implementation is feasible at any level and can be achieved by starting small and growing the initiative such that revenue streams increase over time. Occupancy and energy-use data are a logical starting point, it provides enough information to build a valuable model and shouldn’t require eye-watering capital investment.

The first foray into data-driven organisational strategy is a daunting prospect for any modern business but missing the boat entirely could be detrimental to even the most established players. Digital twin technology encapsulates all the benefits of data capture in the built environment and with a logical data strategy, it is far more accessible than you would have likely thought. It might just be the data head-start your organisation can’t afford to miss. 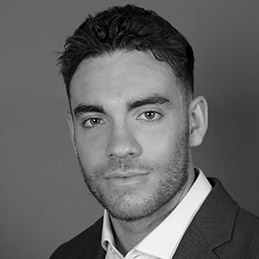